Making Bigger the Family of God.

For those who might not know Indiana, it’s a state with one of the richest histories in American sports. Indiana was home to the basketball legend Larry Bird, and the city of Bloomington alone has given rise to incredible NBA stars like Eric Gordon, Victor Oladipo, and Cody Zeller. But Indiana is also where Katie and Joel, who run Upward Bloomington, have found their calling. Katie and Joel first moved to Bloomington in 2014. They soon made Sherwood Oaks their church home. They learned that the church had been running an Upward Sports league for about 10 years before they got there. When they learned that the league director was stepping away from the sports league at Sherwood Oaks, Katie and Joel decided to take a step of faith and take over running the league. Since then, they’ve found their faith strengthened and their vision of Christ’s calling expanded by their work in this sports ministry. 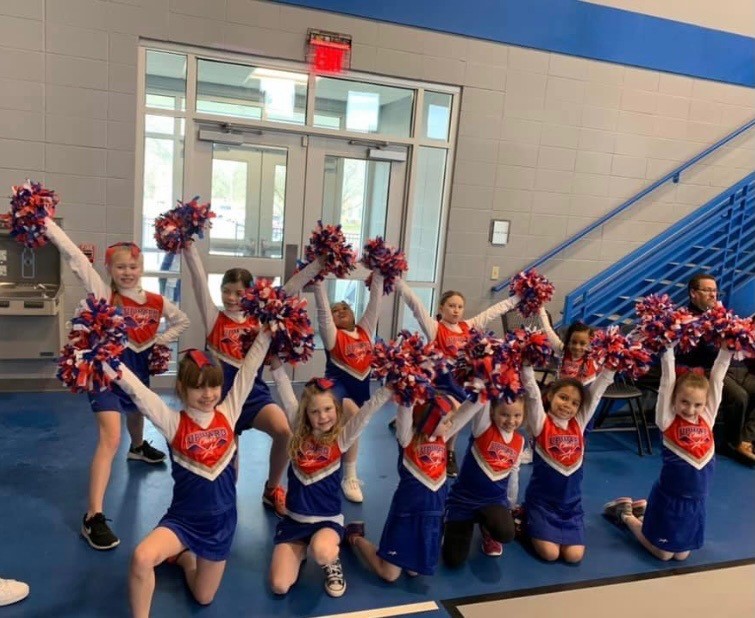 “We were anxious at the thought of running the league as directors, but the Lord opened our hearts to see how this was really about using sports to make God’s family bigger,” said Joel. “Since God first called us, we’ve witnessed the needs of the community and seen how we can steward what the Lord gave us to bring togetherness and build community across different backgrounds through sports.”

One of the first things Katie and Joel did as league directors was bring Bloomington’s different neighborhoods together. Being a college town, Bloomington’s vibrant buzz and charming cityscape comes from its college students and a lively university neighborhood. Not too far away, however, neighborhoods like Crestmont face economic hardship and poverty. Katie and Joel designed their sports league to reach into all corners of Bloomington, forming relationships between kids from opposite sides of town. Just by participating in a shared sports league, kids from different backgrounds have come together and formed deep friendships, all uniting around their common passion for sports and Jesus.

These friendships can persist off the sports field too. After one girl suffered an injury during a soccer game, her whole team rallied around her to check on her and make sure she was recovering well, feeling encouraged, and still knew she was a part of the team. Even after the conclusion of the sports season, the team continued to be friends and were jumping for joy anytime their paths crossed on Upward gamedays.

“It truly was a beautiful picture of the Gospel and an inspiration to watch these kids, who did not even know each other a few weeks prior, love and serve one another in that way,” said Katie. “We should never underestimate the power of God’s Word and the seeds being planted every time they hear a halftime devotional or work through a Bible verse with their coach. It just shows how God loves moving in the hearts of these kids.”

We see the same kind of transformation between Paul and Timothy in the epistles. Paul begins his letter in 1 Timothy with “my true child in the faith” and then begins 2 Timothy with “my beloved child.” These types of relationships only come about when united around a common mission and a common vision that is as deep as the faith shared by Christians.

At Bloomington Upward, community-building is about this kind of growth in shared faith and love. One coach even found a job for one of his players and walked him through the interview process to make sure he was prepared. 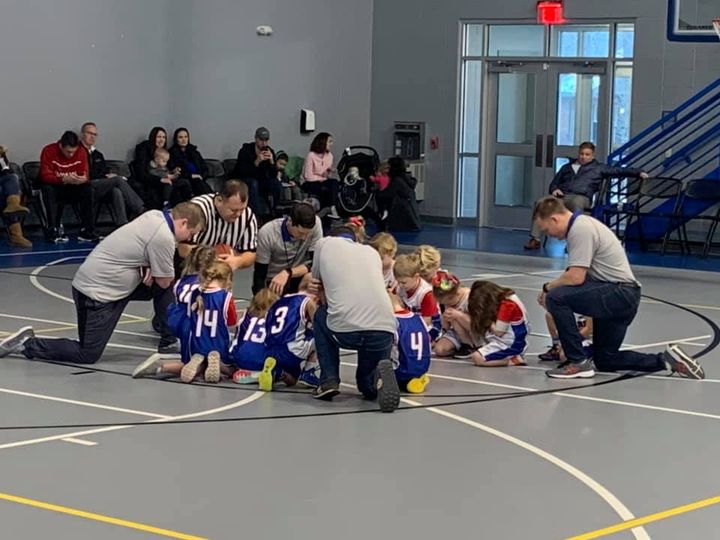 Katie and Joel are also fostering community between the church and other organizations in Bloomington. Katie and Joel partnered their Upward basketball league with the local Boys and Girls Club to run the league in a more efficient manner while also reaching broader parts of the community who typically do not have access to the Upward league’s sports opportunities.

Running Upward basketball, for example, typically requires multiple basketball courts, and it was difficult for some families to drive to multiple locations around town. As a result, many kids were not able to participate, despite their desire to do so. Through the partnership with the Boys and Girls Club, Katie and Joel were able to consolidate all their games in one location, making their sports league accessible to those who were not able to participate before.

This partnership also meant that they were able to reach kids from the low-income neighborhoods around Bloomington. With scholarships on hand, Upward made it possible for kids of all backgrounds to participate and be a part of the team. The Boys and Girls Club already ran after-school programs and activities by themselves, but Upward coming alongside them only bolstered the effectiveness and reach for both organizations.

Katie and Joel’s vision to connect people’s passion for sports to their faith translated into a mission to make God’s family a little bigger. They built a community in Bloomington around sports and faith. And people from all types of backgrounds joined in.

The result is that Bloomington, Indiana is a clearer and more radiant picture of the Gospel. Together, God’s gospel truth and the power of sports can transform communities like Bloomington for the better.

connect with us on social media

You can find out more about which cookies we are using or switch them off in settings.

This website uses cookies so that we can provide you with the best user experience possible. Cookie information is stored in your browser and performs functions such as recognising you when you return to our website and helping our team to understand which sections of the website you find most interesting and useful.

Strictly Necessary Cookie should be enabled at all times so that we can save your preferences for cookie settings.

If you disable this cookie, we will not be able to save your preferences. This means that every time you visit this website you will need to enable or disable cookies again.

This website uses Google Analytics to collect anonymous information such as the number of visitors to the site, and the most popular pages.

Please enable Strictly Necessary Cookies first so that we can save your preferences!

Remarketing tools from third-party vendors, such as pixels and geo-fencing, to advertise to visitors after they leave our site

Please enable Strictly Necessary Cookies first so that we can save your preferences!